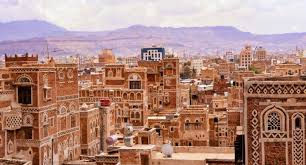 When you are living in any foreign country, even a Muslim country, one of the worst things that can happen to you is the feeling of loneliness. It is a feeling that results from the belief that ‘I do not belong’. It is a feeling that many of us do not anticipate when we make the journey over. We have so many ideas in our mind about having a better life in the land of Abu Bakr and Umar رضي الله عنهما I have witnessed that when people carry this feeling over a long period of time it festers into resentment and disgust with the very people who you said you wanted to live among…the Muslims. I hope to delve into this discussion at a later time because it deserves its own time.

On the other hand, the best thing that can happen to you , in my opinion,  is what happened to me when i lived in Medina. I was ‘adopted’ by an Arab family.  When I say adopted I mean they accepted me as a part of their family and made me feel that I was one of them; that I belonged to them.

It started with my upstairs neighbor Sabah. One day she sent her 8 year old daughter Imaan to knock on my door and invite me to tea. I went So I went. I was really glad she could speak fus-ha (proper Arabic) because I didn’t understand dialects at that time. she had 6 kids and don’t ask me how they all lived in that apt but they did. she asked me all about myself and where I came from and how long I had been Muslim and how did I become a Muslim etc. That was the first week. the second week she invited me again. but this time she said , every Thursday we go to my moms house I have told her all about you and she wants to see you. I thought that was very strange it made me feel a bit uncomfortable at first because I was thinking what did she tell her mother about me? I didn’t get a chance to answer before Sabah said, “khallas! after Asr Thursday we go”. I said, “Tayyib.”

So Imaan and little Ameen came knocking frantically at the door after  salaah both of them knocking at the same time as Sabah was coming down the stairs, Yallah Yallah yaa Nadiya naruh inda Umminaa! ( Come on! We are going to our Mother!)

Sabah’s mom had 8 daughters 5 of them married 1 engaged , 1 daughter divorced and 1 still in waiting.  All had to be there.

Everyone sat in a circle facing Umm Sabah. she was a strong little Yemeni woman with a very kind and loving face, but she didn’t play when she asked you ‘ Ish akh-baar-ak?‘ (what’s your news?) she wanted to know! There was no such thing as ‘that’s my business’ There was no generic answer like, ” oh everything is fine.” No, everybody had to spill it! Even me! They talked about husbands, money, kids, everything.

Week after week I was there drinking tea, eating laham (meat) and that’s how my Arabic speaking skills really became stronger.  Nobody spoke English at all! Sabah could speak really good fus-ha so fi I didn’t understand something in the dialect she would translate for me. But after a while I didn’t need translation I could understand almost everything and I was a part of the gang. If there was a birth I was there, if someone was sick I was there, if someone was getting engaged, married, or even divorced I was there.  I remember when one of the sisters Samar got married to a Pakistani.  He was from Medina and had lived there all his life just like her. I don’t know how they met but it was a very interesting mix of the 2 cultures. He had a first wife and 2 children so she was marrying as a second wife. When we went to the shabka, ‘ the engagement party’. In Saudi Arabia, that’s when they actually write the marriage contract, but without living together yet they start ‘halal dating’.  The ‘shabka’ is just for the 2 families to meet each other so his mom, and his sisters and the Yemeni sisters and mom were there…and me. I was the only one who didn’t belong nobody treated me that way.  I kept waiting for someone to ask, who are you? what are you doing here?’ but they never did. MashaAllah!  During the party, everyone sat and talked for a while and then the first wife walked in! Everyone is kind of stopped and watching her everyone was watching for her expressions. She was so elegant! She was wearing this kind of cultural dress that sparkled with beautiful colors and she had gold that was unbelievable. IT was the the kind of gold that if I saw it in the window of a gold shop I would think it too much but it looked so good on her. So then the Pakistani mom and the eldest sister they had these empty water bottles and they started beating on them and the other starting singing and before I knew it we were all going round in a circle dancing and giggling and having fun! The wedding was the next month and a couple of weeks after the wedding, it was another Thursday and we were all at Umm Sabah’s house, Samar walked in, now a married woman. And when she took off that ebaya,  she had the same amount of gold that the Pakistani first wife had!  It was different style but it was the same amount. I thought, MashaAllah! These people know really know how to do polygyny!

This was not the only polygynous marriage that happened in the family, the youngest sister Amberiya who liked to be called ‘Abeer’ also got married as a second wife. They did the contract /shabka, and they started ‘dating’. But while her new husband was preparing her apartment, the first wife gave the man an ultimatum. “Its either her or me!” Since he had 4 children with her, he chose her. So poor Abeer was jilted but she did get to keep the dowry which was 20,000 riyals! (about 5,000 dollars).

I enjoyed my time with my Yemeni family. I learned a lot from them.  I felt blessed to be with them because at that time I was alone in Medina so I felt very happy that I belonged to them.  I think this feeling is very important wherever you are. Where do you belong?  Who do you belong to?

I help put Arabic language on the tongues of Muslim families in the West. I provide learning materials, curriculum and consulting for Homeschoolers, Islamic schools and Weekend Learning Programs. View all posts by Us-tatha Nadiya Johnson