Islam reached this farthest, most remote areas of this region by way of the Silk Road. The Eastern part of China, and countries like Tajikistan, Turkmenistan, Uzbekistan, Kazakhastan, Afghanistan, Chechnya; these are all Muslim lands. Many of them used to be under the control and influence of Russia, so many of them speak Russian in addition to their traditional language.

But this region that Ibn al Battuta called Asia al- Kubraa, has a long tradition of learning Arabic language particularly for the purpose of understanding the Quran and the religion of Islam. Imam al Bukhari and Imam Muslim, who are the major collectors of Hadith were from this region of Upper Asia. Uzbekistan and northern Iran.

Throughout the history of Islam

in China, Chinese Muslims have influenced the course of Chinese history. According to China Muslims’ traditional legendary accounts, Islam was first brought to China by an embassy led by Sa’d ibn abi Waqqas that was sent by Uthman, the third Caliph.  Emperor Gaozong, the Tang emperor who received the envoy then ordered the construction of the Memorial mosque in Canton, the first mosque in the country, in memory of Muhammad.

With a huge population of 1.3 billion, India is officially a Hindu country with about 170 million Muslims.  For centuries Hindus and Muslims lived together sometimes in peace and other times in bitter conflict.

Trade relations have existed between Arabia and the Indian subcontinent since ancient times. Even in the pre-Islamic era, Arab traders used to visit the Konkan-Gujarat coast and Malabar region, which linked them with the ports of Southeast Asia

Arab merchants and traders became the carriers of the religion of Islam, and they propagated it wherever they went.

Urdu, the official language of Pakistan, with over 100 million speakers, contains many Arabic words like other languages throughout the Muslim world.

Urdu also uses Arabic letters. There is a Pakistani news station I watch from time to time, which subtitles are written at the bottom of the screen. I can read a good portion of the script which is so much like Arabic, but I can only understand bits and pieces.

Quran in the Indian Subcontinent

Nur Muhammad al-Haqqaani of the Punjab, made a great contribution to Quran learning by authoring the book al-Qaidah aNooraniya. This book has spread all over the Gulf countries; Saudi Arabia and the surrounding countries and even spread to the West.

Ibn ‘Abbaas (may Allaah be pleased with him and his father) also reported that the Prophet (peace and blessings of Allaah be upon him) said: “There is no deed more precious in the sight of Allaah, nor greater in reward, than a good deed done during the ten days of Sacrifice.”, ..

When the pilgrim reaches a certain distance closer to Mekka, he/she must assume the 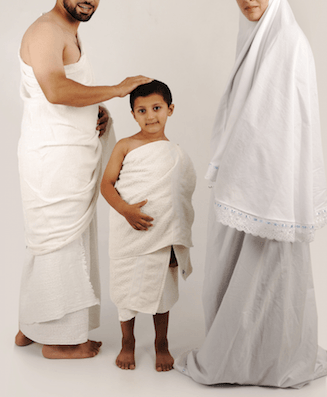 state of ihram. It is a state in which certain things become ‘haraam’or forbidden. The Muslim cleans his body, clips body hair, nails, etc. After going into the state if i’hram removing body hair or nails, wearing perfume are forbidden. Other forbidden things are conducting a contract of marriage or having any intimate relation with one’s spouse.

The men wear 2 large white towels. Women are not restricted to any colors but must be pure and stay away from what is forbidden.

The pilgrims or Hujjaaj go around the Ka’aba  7 times in a counterclockwise direction. Wearing no shoes, they walk making du’aa, remembering Allah and showing patience to those around them.

“Running’ between the 2 mountains of aSafaa and al-Marwah, as Hajar, the wife of Ibrahim did (peace be upon them both).

And now, the absolute easiest way to memorize the Islamic months; for children and adults too!

These are the months in Islaam…